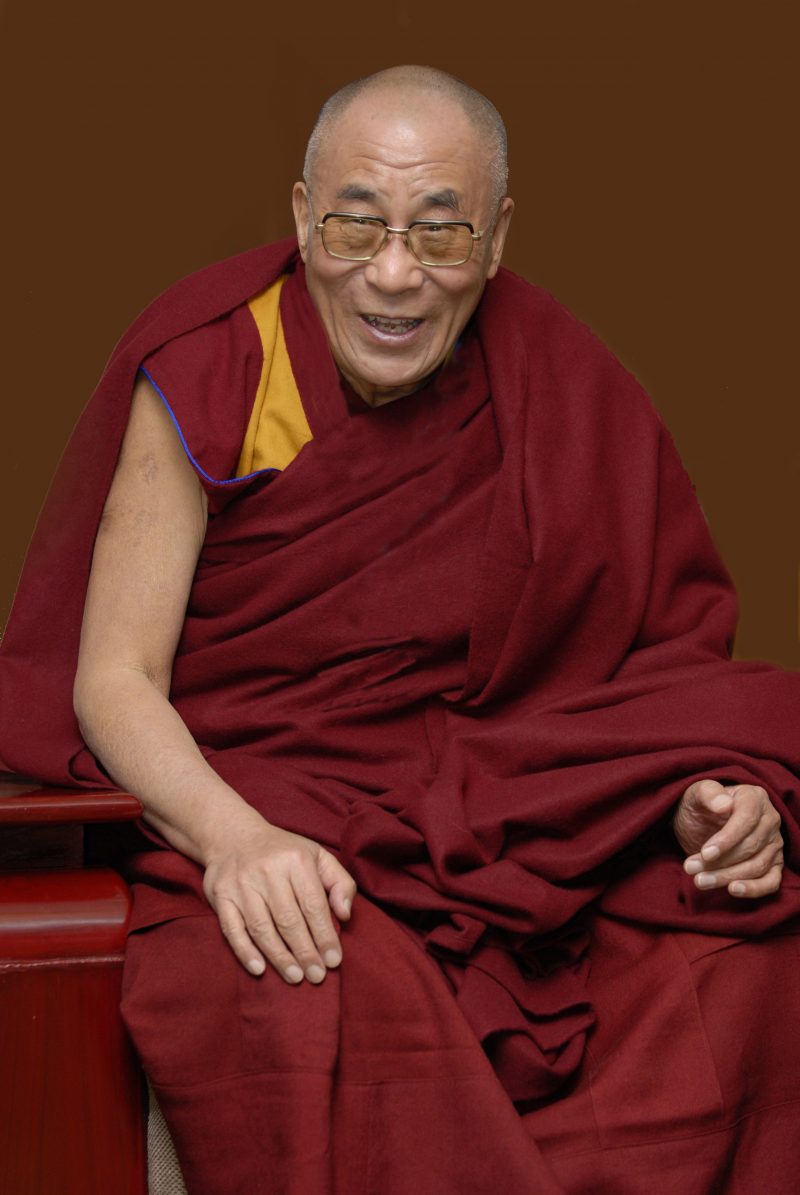 Through taking sides the mind is distressed, Whereby you will never know peace. – Bhavaviveka²

If you are partisan, you will be obstructed by your bias and will not recognize good qualities. Because of this, you will not discover the meaning of good teachings. – Tsongkhapa³

The following extract has been taken from the Dalai Lama’s commentary on Tsonkhapa’s Lamrim Chenmo:

“Tsong-kha-pa (I: 53-54) identifies the final greatness of the stages of the path approach as its preventing the grave error of rejecting the Buddha’s teachings, rejecting the Dharma. Here, Tsong-kha-pa cites many texts, including the Perfection of Wisdom sutras, where the Buddha states that a practitioner must study, understand and actually practice all aspects of the path. If you really aspire to help many billions of living beings with diverse mental dispositions, then you have to understand and practice many diverse teachings and approaches. This is what prepares you.

“Historically it has been the tradition among Tibetan masters to study and also to practice all the lineages—Sakya, Gagyu, Geluk, Nyingma—and Jonang as well. This is an excellent model. We should adopt a nonsectarian approach, not just studying all of these lineages but also putting their teachings into practice.

“Question: Your Holiness, I feel agitated to see and hear the Shugden protestors outside the building here. How do I help myself? Please address this issue as many are uninformed about this.

“Answer: We have had this problem for 370 years. It started during the time of the Fifth Dalai Lama. And from 1951 until the 1970’s, I myself worshipped this spirit. I used to be one of the practitioners!

“One of my reasons for abandoning Shugden worship is that much of my efforts are directed toward promoting nonsectarianism—especially within Tibetan Buddhism. I always encourage people to receive teachings from the teachers of diverse traditions. This is like the Fifth Dalai Lama and many other great lamas, who received teachings within many traditions.  Since the late 1960’s and early 1970’s, down to today, I have been practicing this way myself.

“A Nyingma teacher, Khunu Lama Rinpoche, initially gave me teachings on Shantideva’s texts. This lama was very nonsectarian, having received innumerable teachings from many different traditions. After this, I wanted to receive from this great lama a certain teaching distinct to the Nyingma tradition. I asked my tutor, Ling Rinpoche, pointing out that I had already received some teachings from this lama, but I now wanted to receive teachings on an important Nyingma tantric text.

“Ling Rinpoche was a little bit cautious about this because of Shugden. He never worshipped the spirit but he was cautious about it. (My other tutor, Trijang Rinpoche, was very close to this spirit practice.) The rumor that was circulating was that if a Geluk lama takes teachings in the Nyingma tradition, Shugden would destroy him. Ling Rinpoche was a bit frightened for me and he really warned me to be careful. The Shugden worshippers have a tradition that one must be extremely strict about one’s own distinctive Geluk tradition.

“Around 1970, I was reading the life stories of many great lamas, mainly of the Geluk tradition. I had the idea that if Shugden is truly reliable, then most of the great lamas who tutored the Dalai Lamas must have practiced Shugden worship. It turns out that this is not the case. So I developed some doubt and the more I investigated, the clearer it became.

“For example, the Fifth Dalai Lama very explicitly explains his position vis-à-vis the worship of this spirit [Two sources are cited here, from autobiographical works of the Fifth Dalai Lama—see below]. He explains what it is and he explains the causes and conditions that gave rise to it. He describes the destructive functions of this particular spirit. He says that it arose from misguided motivation and that as a spirit it manifests as a violator of a pledge. According to the Fifth Dalai Lama, its function is to harm both the Buddhist doctrine and living beings.

“Once I realized these things, it was my moral responsibility to make the facts clear. Whether you listen to me is entirely up to you as an individual. From the outset, I told both Tibetans and some of our other friends what I had come to understand. They are free to listen to my advice or not. It is an individual right to accept religion or not to accept it. Accepting this religion or that religion is entirely up to the individual.

“My opinion is that Shugden worship is actually not a genuine practice of Dharma; it is simply worship of a worldly spirit. This is another aspect of the problem: from what I have taught, I think you can see that Tibetan Buddhism is a continuation of the pure lineage of the Nalanda tradition, which relies on reasoning, not blind belief. So it is very sad that certain Tibetan practices could cause this profound and rich tradition to become a sort of spirit worship.

“Both the Fifth Dalai Lama and the Thirteenth Dalai Lama were gravely critical toward this spirit. Since I am considered the reincarnation of these Dalai Lamas, it is only logical that my life should follow theirs. One could say that it proves that I am a true reincarnation!

“It seems that these people outside are really fond of worshipping this spirit. OK, it is their life; I have no problem if that is what they want to do. When I taught in Germany a group of Shugden followers shouted for at least three or four hours.  Eventually I felt great concern about how their throats would be affected by so much shouting.” (pp. 24-26)

Dalai Lama, (Translated and edited by Guy Newland); 2012; From Here to Enlightenment: An Introduction to Tsong-kha-pa’s Classic Text, The Great Treatise on the Stages of the Path to Enlightenment; Snowlion Publications; Boston, MA.

Tsong-kha-pa, (Translated by The Lamrim Chenmo Translation Committee) 2000; The Great Treatise on the Stages of the Path to Enlightenment: Lamrim Chenmo; Snowlion Publications, Ithaca, NY.