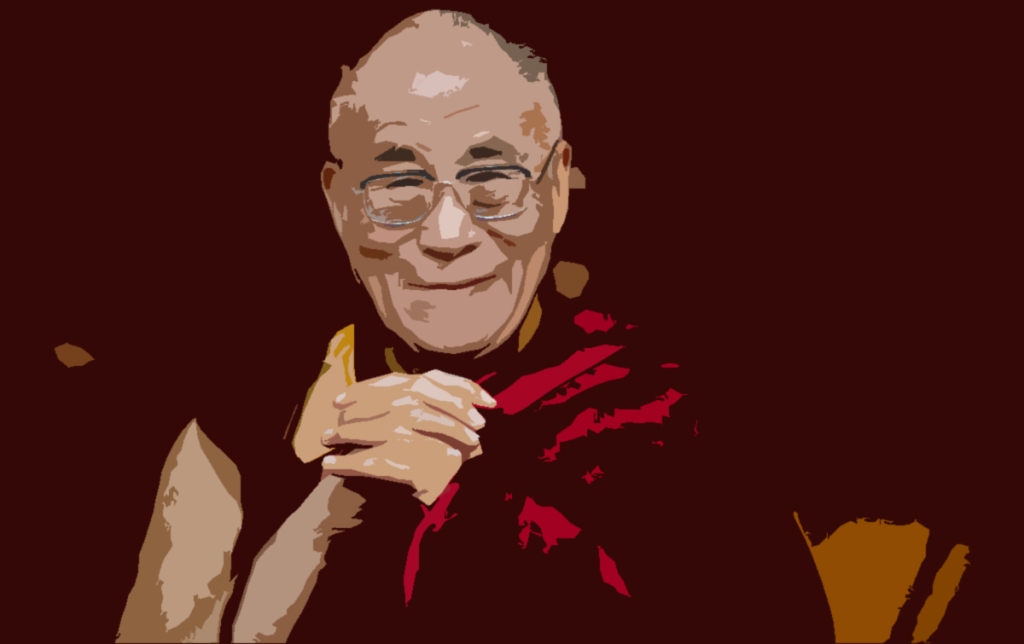 Some people from China – especially some communist “concrete heads”, far left wing people, pro Shugden campaigners and a few uninformed journalists or blogger claim a shadow side of the Dalai Lama.

Personally I have nothing against pointing out shadow sides or things which should be addressed. But what they say about the Dalai Lama is often a projection of their own shadows than being based on a real shadow side of the Dalai Lama or just facts and sober knowledge.

In the following guest post Joanne Clark sums up some points worth to consider.


It has impressed me that Shugden websites describe this person they call the “hidden Dalai Lama.” I am impressed because I follow the visible Dalai Lama, listening daily to his teachings, talks and conferences and I am awed by how any man can fit all that he does into one lifetime—yet now I am being told that he can fit even more! I would expect that during those hours that I don’t see of the Dalai Lama, he would need to be resting. But no, according to the Shugden websites, there is this “shadow” Dalai Lama who can fit an entire other lifetime in, complete with secret strategies and agendas, and he doesn’t need any rest! At the same time, they claim he is not an enlightened being!

To demonstrate my confusion, I would like to simply present a few of the facts that are clearly visible about the Dalai Lama. He is arguably the most visible and transparent individual on earth. There are literally thousands of hours of talks, interviews, teachings, conferences, photos, speech transcripts, books and random video clips of His Holiness in action in the world. I once even saw a video of him brushing his teeth!

Not only is he transparent, but he is definitely the most consistent individual I have ever known. Sometimes, for a follower such as myself, it can be a little boring listening to the same message again and again, the same stories and jokes. I have seen him jetlagged and badgered, but I have never seen him stray from who he is. Surely if there was this other “hidden” Dalai Lama, he would show up in the cracks now and then, show up under pressure or extreme fatigue?

I am concerned that the strategy of the Shugden camp is to repeat their fallacies about the Dalai Lama again and again, on many different websites, in order to create an illusion that these fallacies are true and widespread. Over time, I have noticed that even assertions that can be clearly refuted by evident fact are becoming assumptions amongst NKT students. So to counter that, I am providing the following list of evident facts about the Dalai Lama. These are not things that need to be proven or argued about. They are simply clearly evident facts. Hopefully, wise and reflective NKT students can pause a moment and ask themselves if all that they are hearing about a “hidden” Dalai Lama can be true. That’s all I ask, simply for a moment of reflection and pause.