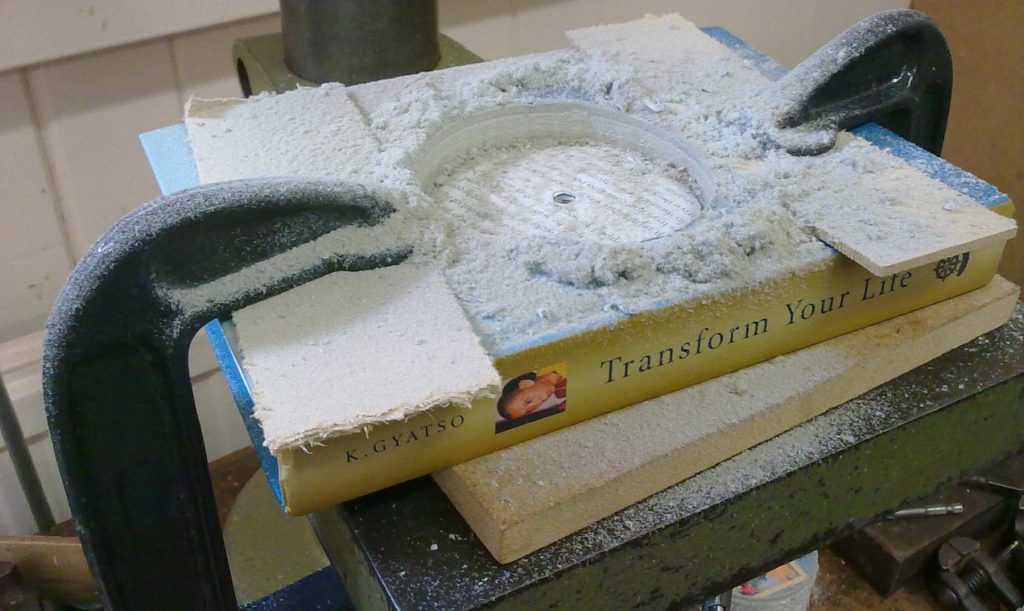 The hurt and harm of spiritual abuse is rarely inflicted upon people with the intention to wound anyone.
– Major Scott Nicloy

When we think of abuse in the year 2016, we think of horrific, intentional acts that are set out by a perpetrator, whose simple intention is to violate, humiliate and control another person by whatever means possible – for they need this, they thrive on this to succeed in their role, it is a must, it is the core, the life essence of the perpetrator.

Sadly in this day and age, there is an unspoken danger, an abuse never mentioned, nor addressed by law no society in general, but we have passed new laws around psychological abuse in the UK (December 2015) to protect the oppressed, but it is still not recognised that within the realms of ‘spirituality’ that there is abuse, there is manipulation, there is control forced upon those who feel ‘devoted’ and (simply in my opinion), that this must change.

A number of years ago, I was diagnosed by a psychiatrist as living with a condition called “Developmental Post traumatic Stress Disorder”, which is a culmination of many traumas in life to effect the mind, or the brain, and one of these contributors was most definitely ‘spiritual abuse’ at the hands of and the control of the ‘New Kadampa Tradition’, which cost me my home, my job and around £10,000 in debt, but most importantly, for a long time, it cost me my confidence and self esteem, my dignity and my heart.

When you give nothing but trust, you sometimes leave yourself vulnerable; however, when you are manipulated into this trust, and manipulated into believing that you are doing the right thing, it can leave you quite damaged.

I remember my first ever meeting with the NKT, it was nothing more than a simple meditation class in my locality, it was an interest I had. At that initial meeting I raised the question around their relationship with His Holiness The Dalai Lama, and I was greeted at the next class by the ‘resident teacher’, not the course teacher, to eliminate my fears and concerns regarding their ‘tradition’ – which I now realise was their first lie, their first mis-truth, and sadly the road into ‘spiritual abuse’.

Everything seemed to happen so quickly for me, I was encouraged to leave an unhealthy relationship that I had been in for a number of years, give up my property, leave friends and family behind – all in the name of ‘seeking perfection’ and Dharma – I had had an interest in Buddhism for a number of years, but I grew up in fishing villages and islands on the Scottish coast, so accessing this spiritual path was jarred with obstacles, until I moved for employment reasons to Birmingham, and I had been presented with such an easy access. One might say that I should have been more cautious, one would think I may have spotted the signs, but I challenge this, because, with every form of abuse, the perpetrator ‘sugar coats’ the truth, it is given with false love and the offer of true friendship and a spiritual ‘brethren’, a family almost.

So I started attending classes, moved into the centre, started paying for as much as I could in order to ‘gain merit’ on my road to enlightenment, which became the most important ‘mantra’ in those years, almost more important than spiritual prayers themselves, ‘gain merit, gain merit, gain merit’ is something that was taught so hard lined it became something I ate, slept and breathed for a long period of time.

When the NKT offered me the opportunity to become ‘ordained’, I was so overwhelmed with gratitude that I was never able to refuse – it had almost become a situation where my dreams had come true – and this is where the real abuse started, it was customary to give ‘interest free loans’, pay for building renovation, cars, statues and even the resident teacher to attend ‘festivals and empowerments’ in foreign countries (I recall paying so that someone could go to Germany for ‘Highest Yoga Tantra Empowerment’ and also being told that I may not achieve enlightenment for ‘eons’ as doing so left me unable to afford to go myself). Sadly the more I gave, the more it seemed never to be enough, there was always a need for something – I was never allowed to give up my job (which was not an issue as I loved helping others, and worked full time in an alcohol and drug treatment service) as I was the only person who brought money into the ‘Centre’ that was not based on fraudulent benefit claims by the other ordained staff there.

As time went on, my responsibilities matched my financial contribution; on times where I could afford to take out loans from my own bank, my responsibilities were great, and the respect I appeared to be shown matched this; on months where I had to pay back more to the bank than I could to the ‘centre’, I was almost shunned and kept to the side – but I did so ‘willingly’ as it meant I was balancing the negative karma from both this life and past lives, and who would not wish for this, especially in the road to enlightenment – which after the HYT empowerment, would only take 3 years, 3 months, 3 weeks and 3 days – yet I never gained this empowerment, as I always paid for others to do so, generating the karma to allow myself to do so one day. I began to despair, for only one reason – that I might never find enlightenment – that I might never be free from samsara and able to actually help other people? I think this is when my doubts begun to set in.

I began to realise that even working from 9 a.m. – 5 p.m. Monday to Friday outside of the centre, I would often be up til 2 a.m. working on the building, and up again at 5 a.m. to ‘get the shrine room (gompa) ready for the day, my weekends had become full of ‘cherishing the centre’ and I lost any friends (and was encouraged to do so as they were negative to the path) who were not connected to the NKT; it became my entire life, my world, my every waking and sleeping moment.

Meeting Geshe Kelsang Gyatso (GKG) was a special and rare occurrence, and when I did, he would simply laugh and tell me that any worries were due to negative karma, and to simply see these issues as purifying negative karma, to see them as wonderful opportunities on the road to enlightenment, so as I had become so engrossed in seeing GKG as my living Guru, and a living embodiment of the Buddha himself, then of course I would thank him and feel that I had done wrong by even questioning the ‘challenges and worries’ that I faced in daily centre life.

I used to welcome an NKT festival in Ulverston as it was almost a break, a holiday from responsibility. I was often challenged by ‘senior’ monks and nuns as I always missed the first session in the temple, morning meditation, as I used this for catching up with sleep – and frankly it was a delight to be able to shower and dress in peace away from the sometimes thousands of people who were there – it became my welcome break – and I think the beginning of realising that things were not right.

I started to worry when there were death threats made against GKG and security precautions were taken – such as bullet proof vests were being worn by monks under their robes – and we were asked if we would take a bullet for ‘Geshe-la’. This is when it became real to me, realising that it actually can’t be a safe place, a genuine place to be, so I hatched a plan to leave, which was filled with obstacles. It was almost similar to the film ‘The Running Man’ – and with every sexual based scandal the NKT was facing with all the corruption and money laundering that was evident, with benefit fraud, and exploitation of innocent people, you think it would be easy to walk away when you are faced with these dilemmas – but it isn’t, there is the huge guilt of ‘breaking away from the Guru’, there is the being ostracised by your community, friends and even teachers.

I made a decision to deliberately break my ‘ordination vows’ so that there was no way I could or would stay, and even that process wasn’t without challenges – I did nothing sinister, I simply masturbated to break my celibacy vow – thinking they would simply discard me for this – however, I was wrong, I was told to do the Sojong Practice and that was told it was a standard process, almost a ‘secret club’ that most monks would do this once a year, then renew their own vows at the ordination of others – I was even partnered with another monk who would talk to me about how ‘okay this was’ and told (and I quote) “we all do it”. The only thing that I had to change, was that I would have to do a month’s retreat and write a letter to GKG to apologise for doing this “without permission”.

I actually waited for the centre to ‘close’ for two weeks, and everyone went away to where they went to. I remained, and spoke with a student at the centre, and asked for her help. I lived in her cupboard for a number of week as I had nowhere else to go, I was not allowed to speak to anyone, and as I could not get transport I left my belongings there – of which I managed to fish some clothes and basics from a skip a few days later.

If I was to be asked what my biggest mistake was to date, it was picking up a copy of ‘Transform Your Life’ in a bookshop all those years ago – it did transform my life, but not in a good way, not by any means…