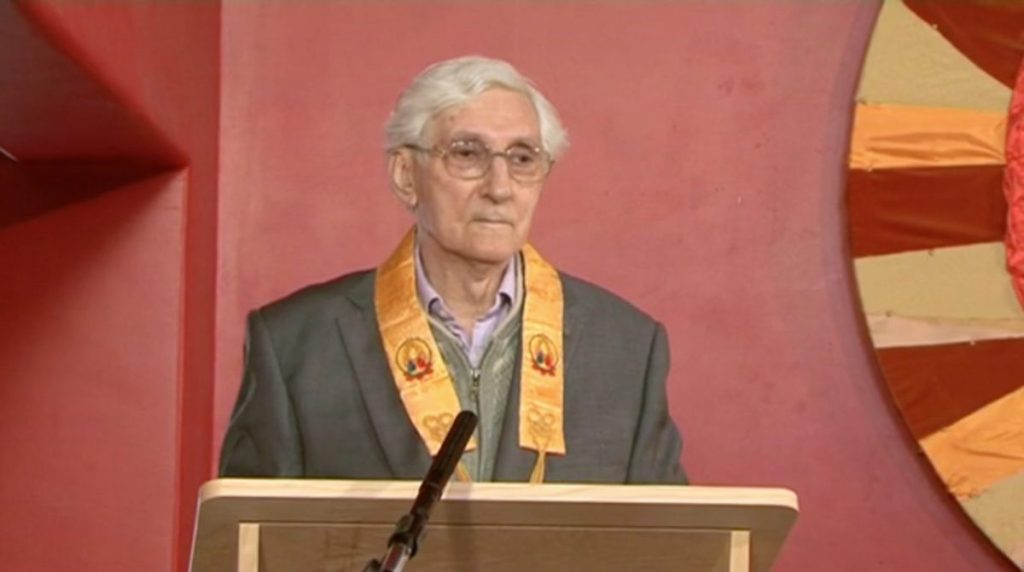 …ultimately, the way a group reacts to allegations of misconduct may be a better indicator of its underlying dysfunction than the content of the allegations themselves. – Christopher Hamacher

The BBC reported on September 26, 2016 about how sexual abuse in the FWBO (Friends of the Western Buddhist Order) – nowadays Triratna Buddhist Order (TBO) – happened under the guise of claimed »spiritual friendship« and to help »make spiritual progress«. The BBC spoke to three former members who explained that they were pressurised into engaging in sexual activity with the leader and founder of the FWBO/Triratna Buddhist Order, Sangharakshita (Dennis Lingwood).

One of the persons being abused said, »It was abuse of trust really, because I was a very sincere, perhaps naïve young man wanting to practise Buddhism.« One man said he was under the legal age of consent for homosexual sex at the time. While some followers believed that the leader of the group made a sacrifice in engaging with his students in a sexual relationship, Elie Godsi, a clinical psychologist who has been an expert witness on a number of high-profile abuse cases, said: »This is all about the sexual gratification of a person in a position of authority or power within the group.«

Those living in the UK can also watch directly the BBC’s »Inside Out East« documentary in which Jo Taylor examines allegations of historic abuse at the Padmaloka Buddhist Retreat Centre (Triratna Retreats For Men) (first 10 minutes).

One good thing in that context is that at least FWBO/Triratna is beginning to acknowledge the power and sexual abuse and is talking about initiating steps to prevent future abuse. I read some reports in the past from men being abused by Sangharakshita and responses by FWBO/Triratna members. At that time I felt there was a tendency to still whitewash what happened by claiming the sexual relationships helped them.¹

However, there are also many traces of dishonesty by Triratna that show that the group is far away from a sincere reappraising of their past and an honest communication of the current situation. For instance, Triratna claimed to the BBC “Sangharakshita stepped back from any official role in the running of Triratna in 2000.” But Triratna runs a charity called Uddiyana whose stated purpose is the “support and assistance for Urgyen Sangharakshita … enabling him and his office to guide the activities of the Triratna Buddhist Community Centres and members worldwide”:

Other worrying examples of dishonesty, denial, whitewashing, in-house counselling, emotional blackmailing of victims, unhealthy power structures, safeguarding policy installation, or victim blaming can be found in the comment section. For instance, the claimed safeguarding policy were put in place only after Triratna (TBO) learned the BBC were investigating them (similar to the removal of the video on their website claiming that sex between teacher and student was acceptable, inspiring and entirely discretionary). Katherine Hopper (Munisha), a diligent defender of Triratna, is the TBO’s communications head and at the same time TBO’s chief safeguarding officer. An upcoming post will address some of these tactics and behaviours. Dennis Lingwood (Sangharakshita) issued a personal statement in Dec. 2016.

On 30. January 2017 Glenn’s Story was posted on YouTube. Glenn is talking openly and honestly about the abuse that happened to him aged 16 with Padmaraja at the Croydon Buddhist Centre.³

¹ To understand the harm such abuse can bring you can read the Guardian report The dark side of enlightenment from 1997 which reports the sad story of Matthew, a talented Oxford graduate who rejected careerism in the mid-1980s and joined the FWBO and who committed suicide.
Of tremendous help for me to understand sexual abuse in the context of a power differential (priest-parishioner, psychologist-client, teacher-student) is Peter Rutter’s (MD) »Sex in the Forbidden Zone«. I can highly recommend to read that book and to take it to heart.