Yesterday there was the SOAS Panel Discussion about “The Shugden Controversy and the 14th Dalai Lama”. This blog discussed it a bit here (see comment section). I would like to write a review and add some thoughts, comments and observations highlighting some points that seem to be important to me. I will do this in two parts. This part will contain mainly some basic observations about the set up and changes made from the initial announced topics and how this influenced the conference and its results.

First of all it worked and it was not as bad as I feared when it became clear that there are two International Shugden Community people speaking at the panel and that the audience might be filled mainly with New Kadampa Tradition devotees who tend to disguise themselves as “concerned Buddhist”, “impartial observer”, “not from NKT” etc in order to manipulate the discussions and to deceive others. The reason why it worked was because Prof. Dr Nathan Hill changed the format of the panel discussion in a way that gave space for a rather constructive atmosphere and prevented that too many distortions of the facts can circle around this panel discussion. My gratitude and thanks go to him and his team for this. (For how the format finally was set up and what has been said see please the upcoming video at the London Ney YouTube Channel. The London Ney sponsored this event and they are a group of Tibetans in London.)

The scientists were not really prepared or fit for the points being addressed by the International Shugden Community (ICS) / New Kadampa Tradition (NKT) representatives, Gen Kelsang Rabten and Kadam John McBretney. The scientists (Prof Dr Nathan Hill, Prof Dr Martin Mills, Thierry Dodin) were not really well prepared to address the claims the ICS/NKT men made with respect to human rights violations, religious persecution or even the claims that Shugden people would have been “tortured” and “killed” (McBretney). The scientists were rarely to the point. In that sense, my hope that the ridiculous fringe theories of the ICS – that lack academic or juridical support and are rather a type of conspiracy theory or propaganda – would collapse in front of knowledgeable scientists or are revealed as what they are, nonsense or propaganda (that is a mixture of untruths, semi-truths and some truths), was not fulfilled.

This lack of clarity in that respect (human rights violation claims, religious persecution claims) might be also owed to the fact that there was obviously not a well thought out concept what this panel discussion aims to achieve. Was it just meant that everybody can talk as he pleases?*

There were two other contributing factors for the lack of clarity with respect to addressing the ICS/NKT human rights violation & religious persecution claims I wished for as a service for neutral observers of the discussion and people who want to get a better insight into this controversy as it is presented in the West. Gen Kelsang Rabten was supposed to speak about ‘Refuting the claim of Tenzin Gyatso as an authentic Dalai Lama’ but he didn’t; instead he chose as his new topic Human Rights Violations and Religious Persecution and why the Dalai Lama would lie. This was a clever move. Additionally, in the internet either he himself (IndyHack?) or the ICS team (where he seems to be the front man) attacked all three scientists (Nathan Hill, Martin Mills, Thierry Dodin) that they wouldn’t have the authority to state any thing about Human Rights (see Are Buddhists Racist – Human Rights):

So far we have been advised to consult Dr Hill, Mr Dodin, and Dr Martin Mills, all of whom we have been assured are qualified to address the issue of human rights, yet on closer inspection none of them have any formal qualifications in human rights or international law.

Based on the remarks by Dr Nathan Hill & Dr Martin Mills during the discussion at SOAS it became clear that Dr. Hill and Dr. Mills got aware of the attacks against their academic authority by the ICS (see Are Buddhists Racist – The SOAS University).

As a background: It is a common tactic of the New Kadampa Tradition to discredit or better to bully any perceived opponent and to denounce them in the internet. The Dalai Lama is the main target of the NKT/ICS/SSC/WSS (slander) campaign but on the way almost everybody who is a threat to the NKT Agit Prop will be denounced or bullied online, in that case even prior to an event. Also the work of researcher David N. Kay (PDF of his 2004 research published by Routledge Curzon) was denounced by the NKT as a “heavily biased ‘academic’ book by David Kay (who had his own disgruntled history with the NKT when he briefly attended meditation classes in Lancaster)”.

Dr. Mills didn’t give the planned talk he wanted to give and which was announced by SOAS ‘Human rights and the Shugden ban amongst Himalayan communities’. As a result of this Rabten and McBretney dominated that topic totally one-sided – the latter even with a propaganda film …)

In that way, Kelsang Rabten and his ICS team – who do not have any academic credits or even an academic approach – won the topic about claimed Human Rights Violations and claimed Religious Discrimination as if THEY were THE EXPERTS and not someone like Martin Mills.

To show you the discrepancy have a look at both of their publications and credits: 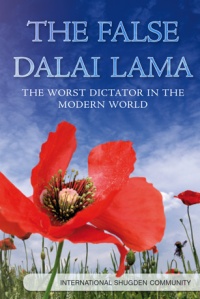 Title: The False Dalai Lama – The Worst Dictator in the Modern World

Description: Exposing the dark side of the Dalai Lama
The False Dalai Lama – a new book exploring the hidden, dark side of everyone’s favourite “celebrity monk”. This explosive book overturns the myth of the Dalai Lama, revealing the scheming political mind behind the media-friendly smiles and soundbites. Admired by many as one of the world’s leading advocates of peace and harmony, this thorough investigation exposes how the Dalai Lama is, in fact, lying. Prepare to meet the worst dictator in the modern world. 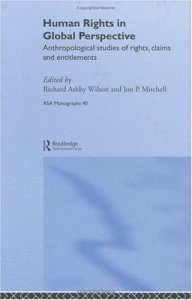 Description: In the West we frequently pay lip service to universal notions of human rights. But do we ever consider how these work in local contexts and across diverse cultural and ethical structures? Do human rights agendas address the problems many people face, or are they more often the imposition of Western values onto largely non-Western communities?

Human Rights in a Global Perspective develops a social critique of rights agendas. It provides an understanding of how rights discussions and institutions can construct certain types of subjects such as victims and perpetrators, and certain types of act, such as common crimes and crimes against humanity. Using examples from the United States, Europe, India and South Africa, the authors restore the social dimension to rights processes and suggest some ethical alternatives to current practice.

As a summery: The conference was well intended and well set up. The SOAS team seems to have worked hard and made the SOAS conference possible besides all attacks and criticism prior to the conference. However, it would have been better if the panelists (Rabten, Dr. Mills) hadn’t been allowed to change their topic from what has been announced because this led to a situation where the ICS/NKT representatives were able to dominate the topic of human rights and religious persecution and to misinform in a one-sided manner the audience. There was not too much of a relation between what the ICS/NKT representatives said and what the scientists said in their talks. As a result the scientist weren’t really able to balance and to correct the human rights and religious persecution claims of the ICS/NKT. Rather they gave a forum to propound such claims. This doesn’t mean that the scientists didn’t say any thing to these claims. There were some corrections. e.g. from Thierry Dodin who addressed briefly the “torture” and “Shugden people have been killed” claims as “I have not seen much evidence for this.” But in the light of the self-assertive and massive claims by Rabten and McBretney, I found the corrections rather very weak. That’s why the use of the SOAS conference for a less informed general public has been undermined to a certain extent. That the corrections by the scientists were rather weak is also due to the fact that claims are easily set into public domain but their correction and refutation needs a lot of expertise and study, like in the case of the so-called “Nazi-Tibet-Connection”.

My understanding is, that the claims and assertions of the ICS/NKT have to be investigated and corrected with respect to their lack of substance before such a conference or separately. If a scientist or any knowledgeable, diligent person had put together neatly the crude accusations and allegations of the ISC/NKT and had made them known together with a factual correct analysis, then some scientists would certainly think twice before they run blindly into such a panel discussion rather unprepared and with ill educated people / propagandists.

In an upcoming second part, I will review, comment and add thoughts and some judgments about the speakers and what they said at the SOAS panel conference.

* The description of the conference said:

This event will address the controversy surrounding the propitiation of Dorje Shugden in the Geluk school of Tibetan Buddhism. Although many members of the school have ceased to honor Shugden and regard his propitiation as problematic, a vocal minority sees him as an essential component of Geluk orthodoxy. The latter now understand themselves as minority discriminated against on religious grounds. This workshop will include presentations by traditional exponents of both sides of the controversy and by academic authorities. The discussion is moderated by Dr Nathan W. Hill, Lecturer in Tibetan and Linguistics at SOAS.