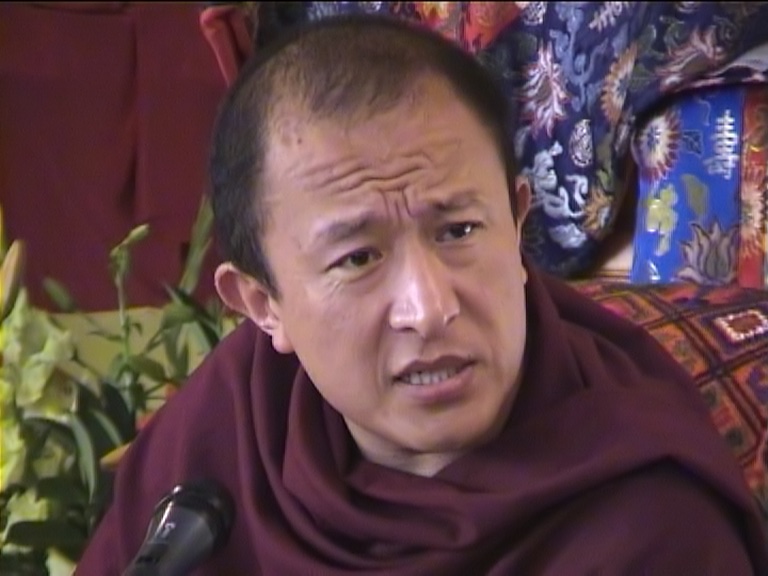 As a woman living in a Western country with laws, as a liberal with a subscription to The New York Times, and as a follower of HH Dalai Lama, I found the recent statement from Dzongsar Khyentse Rinpoche regarding the troubles at Rigpa to be deeply disturbing. I stopped reading after he said that students who spoke out against Sogyal Rinpoche’s behaviours had broken samaya—and that Vajrayana masters might even break Western laws if they needed to and there was nothing students could do. There was a moment, after reading this, when I had the feeling that I could no longer continue as a Buddhist. I felt physically ill.

Though the view should be as vast as the sky, keep your conduct as fine as barley flour. – Padmasambhava
Then I regained my perspective and remembered that Rinpoche had advised readers to finish reading all 10,000 words of his article before judging. So I thought maybe he had something to say that would ameliorate his horrible claim. I slogged on through. What did I find? After dropping what I considered to be an ethical bombshell, he simply continued blithely onto other subjects. He distracted. By the time he finished, the main point—that a Tibetan, Vajrayana lama, who had been given asylum in a law-abiding, Western country, could break the laws of that country, could rape and beat women, and if his students spoke out, they would go to hell—was lost.

I am not saying that Rinpoche doesn’t make some good points in the article, though he makes some points that I question and some points that seem a little trivial to my mind. I mean, I really don’t think that the press treat Buddhists badly or are to be blamed for this situation! Nonetheless, none of the points he makes speak directly to the fact that students are being harmed. None of them show any compassion or concern that suffering might be occurring. All of them are mere shiny objects that distract from that point. Students then find some distractions or antidotes that they like, such as the point that we have to communicate better or that lamas have to warn students about Vajrayana—or the quips about the New York Times—and then they forget the main point.

This is not a movie. This is about sentient beings who are suffering, really suffering, and needing clear guidance at this time.
And once people start losing their outrage and being distracted in this way, then momentum is lost. Students slogging through all 10,000 words of this article become side-tracked and lose their shock. They forget that this is about fellow students being harmed—and about students who would defend them being silenced. Their clear ideas of right and wrong are diminished. I cannot help but wonder if this isn’t an intentional strategy—why else did he request that students read the entire article? Why did he refuse to have it edited? I cannot help but wonder if this is not the first step towards business as usual at Rigpa centers.

And in the context of the clear, economical statements made by HH Dalai Lama and Mingyur Rinpoche, this rambling, disconnected rant seems very troublesome. And I fear that while, Dzongsar Khyentse Rinpoche might act very hip, he is clearly coming from an ancient, misogynistic view point and students need to not lose sight of that. Women have worked too hard to get where we are now. Rape is rape and it is not the victim’s fault. This stand has taken millennia to sort out and as a woman, I appeal to students: Don’t let yourself be duped!

Of course, Vajrayana is meant to be practiced in secret with a few qualified students and a highly qualified master. When this happens, it is a truly precious path and rules of samaya and pure perception can be upheld in unexpected ways. The stories of Milarepa and Naropa are examples of that. However, when the qualifications of the Vajra masters erode badly and when the Vajrayana is given to unqualified students, then it is hard to speak of pure perception. Then it’s a difficult situation, not one that can be resolved by black and white rules of samaya, such as the ones laid down by Dzongsar Khyentse Rinpoche in his article. There is no clear-cut solution. Then we need the guidance of clear sighted, gifted leaders who are prepared to take courageous steps.

This is not a movie. This is about sentient beings who are suffering, really suffering, and needing clear guidance at this time. They are needing to retain their discerning wisdom and compassion, which are the bases of the strength and courage required by the Mahayana and Vajrayana. And wrong is wrong. To say otherwise, in the context of pure perception, borders on nihilism in my very humble opinion. It puts blinkers over our eyes, eyes that we need in order to navigate our way to enlightenment.